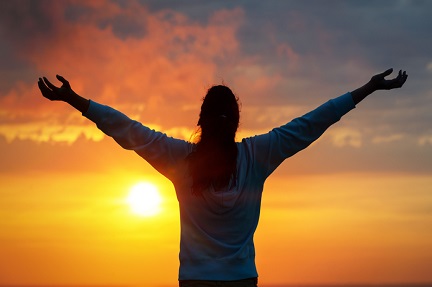 You
Yes, you!
You’ve been lost.
You’ve been tangled in the maze of the familiar.
But now you must shake yourself FREE from folly, from indecision, from old patterns
that keep you on the hamster wheel running FAST…and going nowhere.

You must begin to make better choices
And NOT allow yourself to be SEDUCED by the familiar.
Because the FAMILIAR is toxic, is dangerous, is distorted reality.
The familiar has kept you asleep…unconscious…brain dead for too long.

You must begin to see clearly
Even if the bright light of TRUTH hurts your eyes at first.
You will soon learn to adjust to walking in the LIGHT instead of the darkness.
You will learn to look beyond the surface in order to see the SOUL of a thing
Whereas before…you’d to been blind to it.

Somewhere along the line you fell for the LIE that you weren’t “good enough” for the best things in life because someone mistreated you…and made you feel like you were less than you really were.
And as a result, you made choices about life and love based on this lie.

Image from Google images via freedomworldwide

What inspires you?
Think about it.
What prompts you to WANT to change or WANT to do something different?
And do you follow through on the notion?
Or do you talk yourself out of it every time?
Are you ‘once bitten, twice shy’?
Are  you afraid to try something new again because you’ve gotten burned before?
Or are you afraid of failure?
OR….are you afraid of success?
What is your ‘kryptonite’?
What causes you to be sucked back into the vortex of your comfort zone?
Why do you choose doing the same thing you’ve always done and expect a different result?
Why are you comfortable with your dysfunctional baggage? Because it’s familiar? Is it helping you?
When are you going to say enough is enough?!
When are you going to go for it?!
Are you ALWAYS going to make excuses why you can’t or why it’s too hard?
Do you want to look back on your life and have regrets?
What will you do to spark change?
What will be your catalyst for change?
WHEN do you get up off of your excuses and DO something?
How/when/where will you step OUT of your comfort zone and dare to dream big?
Your big dream may be different from someone else’s, so do you let that scare you?
Are you always comparing yourself to others and then telling yourself you can’t do it?
Do you realize that you don’t have to listen to irrational doubts and fears?
Do you let failure defeat you?
Do you try and try again?
Do you come up with a new dream, a new plan when plan A doesn’t work out?
Do you keep stretching yourself to grow?
Don’t you realize you’re amazing?
Don’t you know that someone needs what you have to give?
Don’t you realize that your gift is needed in this world?
Don’t you see how unique and special you really are?
Don’t you think you’re worth it? Worth trying?
Ask yourself…Then Act.

Disclaimer – Never do something that’s going to hurt you or someone else. Don’t break the law or harm anyone or thing. This post is about following dreams & doing healthy, legal and good things. 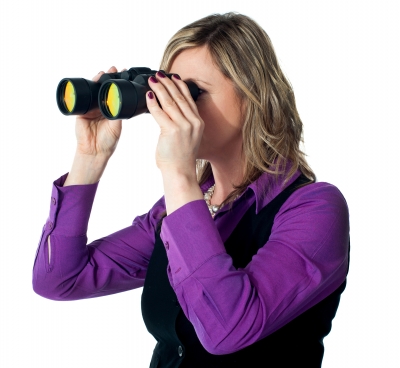 Happy Belated Thanksgiving! I hope that you all had a nice holiday filled with thankfulness, blessings and family & friends. I hope you had the chance to reflect on what to be thankful for, not just on that day, but always. I spent the day with family and I’m thankful.

In my personal time, I’ve been reading through the bible at my own pace. Right now I’m reading through Exodus. It’s funny how when you take your time to re-read something that you haven’t read in a while, how different tidbits pop out at you that hadn’t previously stood out. I like it.

Right now, I’m at the part where Moses just led the people of Israel across the Red Sea (referenced in a previous blog post) and how quick they were to complain about every little thing afterward. At one point they said, “Did God save us from the Egyptians only to bring us out here in the desert to starve? What are we supposed to eat, huh?? It’d be better if we were back in Egypt eating the delicious food of the Egyptians” (Ex.16:2-3, paraphrase mine). Wow, really?  Because it seems to me you (Israelites) were just groaning and complaining from YEARS of slavery and ill-treatment at the hands of the Egyptians. Just sayin’. As for the food, of course, God provided food and everything else they needed for that matter. What amazes me is that previous to their complaints, just after they’d come across the ocean on dry land and saw their enemies drowned, it says they “feared (reverenced) the Lord and put their trust in Him and in Moses his servant” (Ex.14:31).  How quickly they turned from trusting to complaining. But, that just puts me in check. How soon after any blessings I receive do I go back to complaining or doubting or worrying, etc.? Food for thought.

Another thing that stood out to me was when Moses’ father-in-law came to visit him (Exodus 18). His name was Jethro, and Jethro was so pleased to hear about all of the miraculous things God was doing. But, when he saw that all day long, every day, Moses was consumed with judging disputes between the people (and remember this was a humongous group of people), he gave his son-in-law some timely advice. He told him at the rate he was going, he’d burn himself out. Judging disputes between members of such an overwhelmingly large group of people was too much for just one person to handle.  He advised Moses to put a different system in place, which included dividing the people into smaller groups and appointing trustworthy, wise, honest men of integrity to be in charge of their assigned group. This way, these men could judge the smaller disputes for their alloted group of people and only larger or more difficult disputes would be brought before Moses. In other words, he told him to DELEGATE. Well, that speaks to me on a couple of levels. Are there times when I try to be “superwoman”, hence burning myself out instead of just asking for reliable help, or delegating duties to others? Hmm. 🙂  Also, it reminds me of how God is faithful to bring the right people along at the right times to help us or advise us on certain matters. His timing IS impeccable. And as I look back at certain situations in my life, I can definitely see how ‘this’ or ‘that’ person came along at exactly the right time to give me needed encouragement or advice. I know that was the Lord’s doing and I’m thankful. I hope He continues to do that for me.

Ok, have a great weekend!

Hi, my name is K. and I’m a worrywart.  Not proud of it.  I wonder if it’s genetic.  My mom worries a lot.  And yes, it’s easier to pin the blame on genetics.  I don’t even know if it’s possible to pass on the tendency to worry.  I do believe that worry can definitely can be a learned response.  It can also be part of our individual make up…how our minds work.  In any case, yes, I worry.  I often feel guilty about it, being a Christian and all.  God continuously admonishes us who believe, not to worry.  Why? Because He has everything under control…even if it appears otherwise.

When did I realize I had a tendency to worry?  Hmm… it had to be in my teens.  I would worry about what to wear.. if it looked stupid, if people would laugh at me, if the guy(s) would like me, if I would say the right thing(s).  That may be common to most teenagers.  But, as I grew older and life happened, I realized that it was hard for me to not mull things over, and over, and over… you get the picture.  I think that partially this is because trust is a hard thing for me.  Like you, I’ve been disappointed a time or two.  Mine were major disappointments that dealt with abandonment by people who were dearly loved and trusted.  So, I remember deciding after the first major disappointment that I could trust no one. And so I didn’t.  Everyone had their level or their limit – the amount which I decided to trust them.  When they reached that limit, I would go no further.

This anti-trust attitude, unfortunately, carried over to my relationship with God.  It’s hard for me to trust Him.  After all, I can’t physically see Him.  And I had felt like He’d let me down a time or two.  Over the years, I’ve deepened in my faith and I’m deepenING in my level of trust toward God.  Yes “-ING” (i.e. still in process).  But, one thing I’ve learned about God for myself is that He is trustworthy.  I can honestly say, He’s been there for me always.  He’s never left.  I’ve always felt His presence in my life.  Even when I’ve screwed up royally, His love was there to envelop me.

The thing I think that is most challenging about my personality is that I like to be in control.  Let me explain.  I like to know everything that’s going on before it happens.  Or at least I’d like an outline of how life is going to go.  I’m a “details” person. Tell me step-by-step how this is going to go, so that I can be prepared for whatever life throws at me.  And, unfortunately (or maybe fortunately) that’s not how life works.  It works quite the opposite most of the time.  So, I’ve had to learn and am still learnING that no matter what happens – good, bad or indifferent, God is never leaving me.  He’s with me in the midst of all phases of life.  I’m not alone in this process.  So, knowing that helps me to worry a little less and a little less as time goes by.  Am I fully delivered from worry?  Nope.  But I am getting there. 🙂  Toodles! ♥